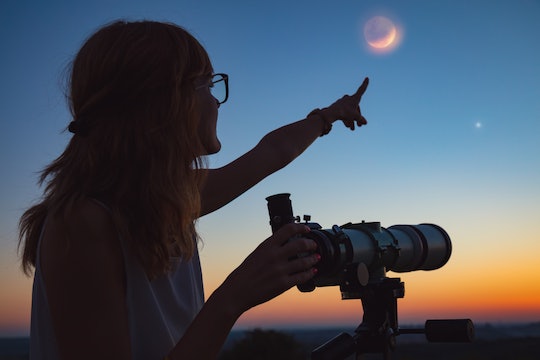 When I was a working actor, I spent a lot of time fending off questions about my career. It became extremely tiresome after a while. Now, as a writer, things haven't improved much. Questions like "But what do you really do?" and "So you're poor?" are abundant. Astrologers apparently suffer many of the same questions, on top of some of the ridiculous inquiries they get about people's futures. I completely empathize with these questions astrologers hate being asked, and honestly, some of them are downright hilarious.

First things first. There is a difference between astrologists and psychics. Astrologists are there, ostensibly, to examine what's happening in the planetary alignment and interpret what that means. Psychics, on the other palm, are purportedly divining some future knowledge from an inherent gift or their ability to talk to the "other side," according to Cosmopolitan. While there are some astrologists who also claim to be psychic, and some self-proclaimed psychics who are also astrologists, that's not always the case. There are also myriad other second-sight users like palm readers, tarot card experts, and those who use runes or other forms of mysticism to read the auguries of the future. The one thing they likely all have in common is that they certainly get some strange and annoying questions pretty regularly. As tempted as you might be to ask any of the following q's, restrain yourself next time, and you just might be rewarded with a better reading.

More Like This
How To Support A NICU Parent, From Moms Who’ve Been There
39 Halloween Trivia Questions & Answers
The Best Halloween Family Pajamas To Match Your Boos
13 Rosh Hashanah Quotes For A Sweet New Year