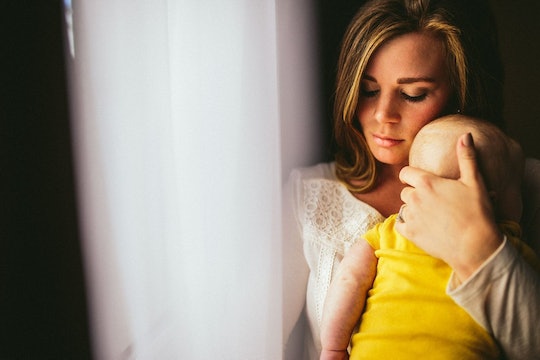 10 Reasons Seeing A Therapist Makes You A Better Mom

I've struggled with anxiety and depression my whole life, but I never knew it until I was an adult. Even though I was suffering inside, I was well behaved and a good student, with no “obvious” problems. As a kid, the only people I ever saw go to a therapist were rich celebrities, deeply “neurotic” television and film characters, and classmates who were acting out in school. It wasn't until I was much older and needed help processing a specific traumatic experience, did I end up in therapy and hit with the realization that I could've benefited from it all along. I know from experience that seeing a therapist makes you a better mom, because seeing a therapist makes you a better person.

Like a lot of people in our society, folks in my family thought of therapy as a bad thing that either didn't really help, or was for people who were dangerously “crazy” or messed up — when they thought of mental health and the relevant professionals at all. As a result, it didn't occur to me that I could really use that kind of help, because I didn't fit that image of the kind of person who needed a “shrink.” Besides, as I was often told whenever I'd start to voice any kind of angst or sadness, there were plenty of people in the world with “real problems,” and since none of mine were visible to anyone else, they must not have been real.

But mental health is important, and mental illness is as real as any other illness. If I could go back in time, I'd tell my younger self to find someone else to talk to who would listen to me, so I could have gotten the help I needed much sooner than I did. I'm glad that I learned that before I had kids of my own, because I recognize now what it feels like to actually be mentally healthy and because I know how important it is to take our mental well-being seriously. That liberates me to help my own kids pursue their own mental wellness, instead of teaching them to suffer in silence like I did. In addition to teaching us to take emotions seriously, there are plenty of other ways that seeing a therapist makes us better parents.