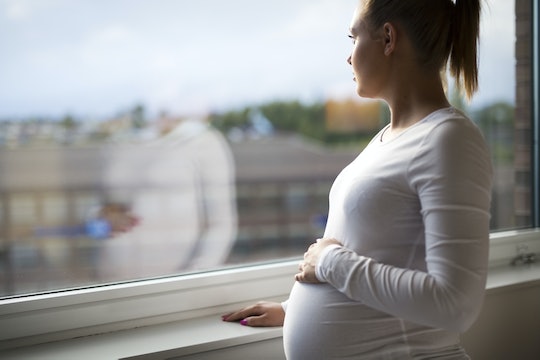 10 People Who Can Negatively Impact A Mom's Mental Health

Sadly, I never paid much attention to my mental health prior to having a child. I had a toxic parent who didn't think mental health was a "thing," and I lived with an idea that sacrificing oneself constantly, and for the betterment of others, was the way to go; even if those sacrifices were unhealthy or dangerous. Yeah, not really the way to go. Then I had a child and realized that my mental health not only matters, it's vital. I also realized that there are people who can negatively impact a mom's mental health, and now that I'm aware of just how important my mental state is, I'm not about to let anyone jeopardize it.

Of course, this is easier said than done. Social expectations of motherhood and relationships I treasure (and are, in turn, hard to let go of) and simply being a woman who uses the internet, can make protecting my mental health somewhat difficult. For example, I breastfed my son because it was something I honestly wanted to do, but also something I felt I was supposed to do. I was suffering from postpartum depression and experiencing PTSD triggers stemming from a past sexual assault, yet "soldiered on" and continued to breastfeed because it was what (I thought) was expected of me. I didn't want to be a "bad mom." Eventually, I stopped breastfeeding my son after seven months because it was all too much and I realized (with the help of a supportive partner) that what my son needs more than breast milk, is a mentally healthy mother.

When mothers are constantly told, by an unforgiving society, that they need to sacrifice every single part of themselves in order to be "good mothers," it can be difficult to take time for yourself and maintain your mental health. However, it is arguably the most important thing you can do, for yourself and for your kid. So, if you have the following people in your life and they're jeopardizing your mental health or making you suffer in any way, it's time to let them go. The best thing you can do for your child, is take care of you.