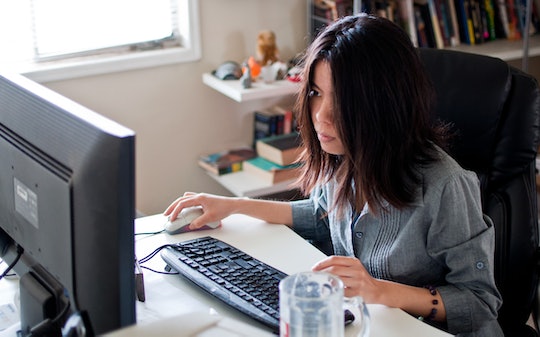 4 Reasons The Gender Pay Gap Is Worse For Mothers

Tuesday marked Equal Pay Day, arguably one of the most depressing holidays on the calendar. This is the day when women have finally earned as much as their male counterparts did in 2015. We've all heard that 79 cents on the dollar figure, but looking at it from a days-worked point of view might make the contrast a bit more obvious. And, of course, April 12 is only a best-case scenario; the pay gap is far worse for mothers and women of color. In fact, Lisa Maatz of the American Association of University Women told USA Today that, to be accurate, moms' Equal Pay Day is really on June 4. This is not what mothers signed up for.

So why do mothers make so much less than fathers, or childless people of either gender? Well, there are a few reasons, and they're all B.S., of course. Surprisingly little research has been done on the subject, and, as such, we're a long way from fixing the problem. And like so many other economic issues, it varies greatly depending on where these moms live. In 2015, drawing on data from the United States Census Bureau, the National Women’s Law Center created a map that illustrates the pay gap between mothers and fathers state by state, and found that, while moms in Louisiana are only making 58.2 cents for every dollar that a dad earns, that jumps up to 90 cents in Washington, D.C. (which, to be clear, is still unacceptable).

This could be explained by the types of jobs available in each area. As Slate reported, an uneducated mom in Louisiana is more likely to be waiting tables for $2.13 per hour, while an uneducated dad can still earn a decent living working on an oil rig. In D.C., more workers are employed by the federal government, whose wages are more fixed and transparent. So why are moms getting screwed over in the other 48 states? A few possibilities: