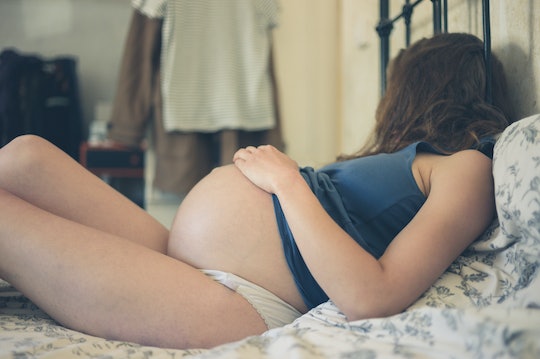 I've been pregnant six times. Three of those pregnancies resulted in bellies big enough to be seen. Those bellies meant all sorts of prying eyes, hands, and questions from virtually every stranger I encountered. We're going to put aside the frustration I have over people assuming ownership over pregnant people's bodies. Instead, and for now, I'd like to focus on just what makes people think, "Is it a boy or a girl?" is still an appropriate question to ask pregnant people. Because, to be honest, asking, "Is it a boy or a girl" makes me cringe. I mean, once the answer is given to the question "boy or girl," the response is always the same, right? Something like, "Oh! That's so exciting!"

I always felt so much pressure whenever I was asked this question. Like I wasn't sure what the asker's intentions were. Did they want to celebrate with me? Mourn with me? Were they hoping for excitement or gender disappointment? Certainly some of the reactions to my second pregnancy were wildly inappropriate versions of, "Aww, aren't you disappointed? Are you going to keep trying after this one?" It's like, let me get through this pregnancy first, OK? Geez. Then, of course, there was the comment I heard through the grapevine. Apparently, after hearing I had one "boy" and one "boy" on the way, a former peer laughed derisively and said something along the lines of how it was nature's payback for my feminism.

So, and aside from the responses a pregnant person can and usually does hear after this particular question is asked, here's why inquiring about whether or not I am having a "boy" or a "girl" has always made me cringe.