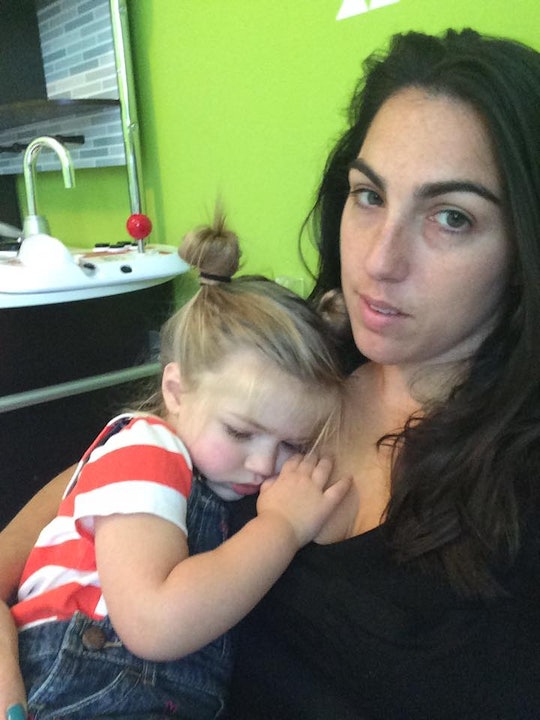 10 Reasons Why Mother's Day Is A Damn Lie

"Oh great, here we go again. Another annoying rant about some sourpuss who hates Mother's Day," you collectively groan. "Why can't the internet ever let us have nice things?" Now, just hold on you guys. No, seriously. It's not like that! It's not that I think Mother's Day is awful. It's just that, if you look at the origins of the holiday and the way it's celebrated today, Mother's Day is a damn lie. So please, stick around for a bit. Honestly, you might learn something interesting.

I guess I should admit I'm a little bit of a killjoy with a tendency to over-analyze and pick everything apart. So, yes, I'm skeptical of Mother's Day. I sort of sniff at the holiday the way a cat does when it knows you've put medicine in their food, but they eat it anyway, because food. It's not the holiday itself that irks me, though, it's how homogenized it's become. Actually, when you get down to it, I like Mother's Day. Every year my partner and children get me a simple bouquet of flowers (which I really like getting under non-Mother's Day circumstances) and the cheesiest card from the store they can find, which they elaborate upon with jokes of their own. The rest of the day we spend doing basically whatever, and if my husband doesn't cook we order take-out. That's about it and it's always lovely.

However, and even though I keep Mother's Day relatively simple, I'm perpetuating some of the lies inherent in the holiday. Let's take a look at the history of Mother's Day (and the way we observe it today) to show you what I mean when I tell you this whole thing is a sham. A sham, I tell you!