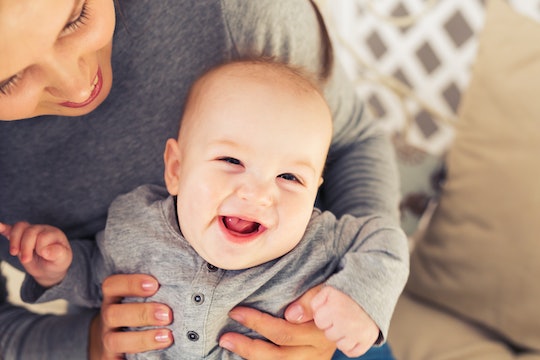 There are a lot of ways I can describe the first few months of being a new mom, including but certainly not limited to: hectic, exhilarating, unnerving, mesmerizing. New motherhood is the most ridiculous time you're likely to experience, too. It feels like you’re making it up as you go, because, well, you kind of are. Even though I read the books and talked to other moms and did my online research, nothing really prepared me for becoming a mom. I just had to accept that it was all kind of over my head, but that millions of women had done it, too.

Motherhood sure felt impossible at times, though. Being responsible for keeping a person outside of my body alive is quite a thing to reckon with. I never really considered how I was going to be a full-time working parent without feeling like a total sh*t about giving either my kid or my job the short stick at any given time. That feeling was pervasive when I returned to work when my baby was 3-months-old, and lasted until… actually, it’s still there.

But I learned to manage the roller coaster of feelings better, and now that I’m 10 years into the whole parenthood thing I can say that while those feelings don't disappear, they do become a lighter burden to carry. With this perspective, and because I've seen some sh*t in the decade that I've been a parent, I can honestly say that the first six months of motherhood are the most ridiculous, and for the following reasons:

More Like This
When Does A Baby Recognize Their Father? A Pediatrician Explains
How To Celebrate Baby’s First Valentine’s Day, From Gifts To ’Fits
The Best Travel Tips For Solo Parenting
These 72 Instagram Captions Are Perfect For Your Snow Day Pics
What Parents Are Talking About — Delivered Straight To Your Inbox