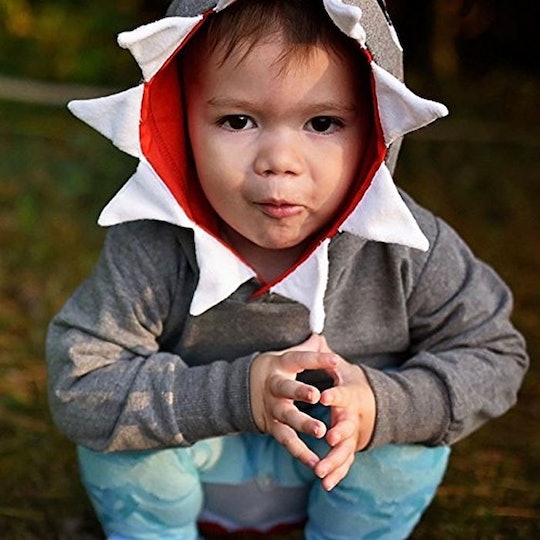 There are few novelty songs that have ever become as popular as "Baby Shark." I don't know what it is about the cheesy little ditty and its accompanying video, but it's everywhere. And when Amazon released the singing baby shark plushie? The internet erupted. I swear, it was as if Megan Markle and Beyoncé announced they'd be running for office at the same time. Pandemonium. Alas, they quickly sold out and parents sighed in defeat. But perhaps it's too soon to throw in the towel. There are a variety of things on Amazon that will fill the Baby Shark-shaped hole in your heart.

Indeed, though kids will of course be disappointed to learn that the much-desired "Baby Shark" singing plush doll sold out in under three days on Amazon, children are also pretty flexible, and there are already a ton of cool shark products out there thanks to pop culture phenoms like "Shark Week" and Finding Nemo. You can find everything from educational toys to pool floats to shark cookie cutters, if you're into baking. Basically, there's no end in sight to this obsession. Why would there be? Sharks are pretty badass, after all, and this trend seems to have teeth.