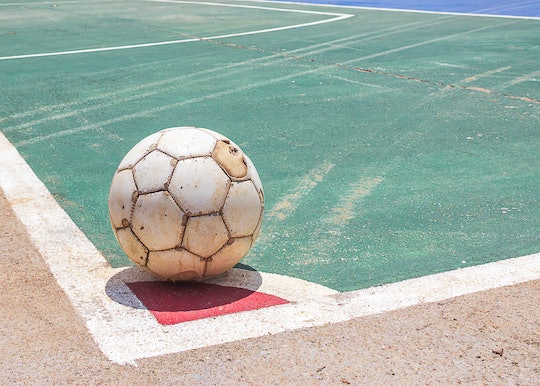 10 Sounds That Give Every '90s Kid All The Feels

Kids that grew up in the '90s know all about the nostalgia such an eclectic decade has provided. From hearing your favorite Spice Girls song on the radio to opening your velcro Trapper Keeper to the noise the toaster made when your Eggo waffle was ready, there are so many sounds that can give '90s kids all the feels.

It's kind of strange to think that my kids will never know the struggle that is having to rewind a video tape or patching a hole in your favorite inflatable chair or getting the glitter in your glitter eyeshadow to actually show up on your skin. I mean, I can't tell you how much time I spent trying to emulate one of the "cool girls" that were inside the pages of a Limited Too catalog. They didn't have to witness Jen Ledley's death on Dawson's Creek or make the daunting decision of declaring their loyalty to either N'SYNC or The Backstreet Boys (because, no, you couldn't love both). Honestly, my kids are so damn lucky.

The only reason kids today even know who Kimmy Gibbler is is because of all of the Full House references in Fuller House, and they'll never know the anxiety of returning a video in late to the video store because they can binge watch Netflix to their heart's content. While kids growing up today might have more toys and technology than we did in the '90s, there's no denying the awesome 90s nostalgia that they're missing out on.

I say let them have their wifi and their auto-tuning; I'll just be over here, listening to Britney Spears on cassette tape while eating a Hot Pocket and remembering all the other amazing sounds of the 90s.