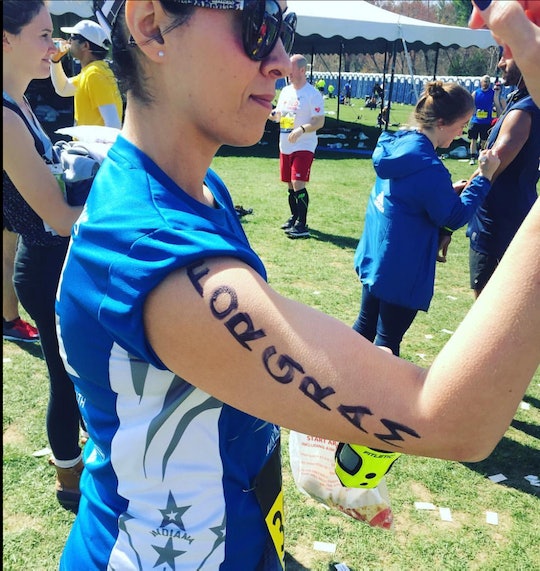 Everything A Mom With High-Functioning OCD Needs You To Know

If you met me at a public event, you'd never know the secret battles I'm fighting every second of every day. In fact, part of my anxiety is the result of constantly maintaining the illusion of being a perfectly "normal" citizen, void of all the diseases that eat away at my insides. I'm not going to give away all my secrets, but of the things every mom with high-functioning OCD needs you to know, it's that I need you to see me without me having been seen. This is me — complex and intricate in even the slightest of ways. You'd just never know it unless I explicity told you.

When I'm in public you won't hear the counting but, yes, I'm always counting. You won't see how subtly my eyes dart in the grocery aisle as my mind stacks up all the files that separate pros and cons for each individual box of cereal. You definitely won't hear how all those thoughts dance over one another until they're all twisted up in knots, leaving me in that exact place for as long as it takes to untangle them. This is how my Obsessive Compulsive Disorder (OCD) shackles me. I'm not in charge of me — the disorder is in an ironic attempt to regain control in a chaotic world where I have little — but if you see me, you'll think otherwise. It's an internal war with no victors.

Over the years I've learned how to tame my depression, anxiety, and OCD into little chunks of manageable oddities. I'm a master at tugging at loose skin without so much as a flinch, I can count the objects silently between breaths and while discussing the meaning of life with an unsuspecting friend, and I can sweep my floors on commercial breaks in a way that suggests I simply like things tidy. If someone paid close enough attention, though, they'd undoubtably end up asking, "Um, what's wrong with you?"

To be honest, this is my normal. I've had OCD tendencies since childhood when I'd scrunch my toes together between passing objects as I counted. When I didn't do this, I'd feel such guilt; like something terrible might happen to me or someone I love because of my mistake. I've also experienced unwanted, intrusive thoughts that come out of nowhere and haunt me for days. Because there's usually nothing I can do to rid myself of them, I'll become fixated on whatever the thought is until I'm terrified. There's no "thinking positive" or letting any of it go; it's not something I'm capable of.

I've been in different types of therapies and on various medications over the years, but all the times in between (including now), I've learned how to reign it in so I don't make everyone else uncomfortable, even if I'm dying inside. While some of my OCD is characterized as "typical," like the counting and the cleaning, there's so much more beneath the surface. On any given day I spend an irrational amount of time pondering things that may have no real answer or — in my mind — will derail my life completely. With that, here's some things every mom with high-functioning OCD needs you to know, so that next time you see us wavering between cereal boxes at the grocery store, you might be a little more compassionate.