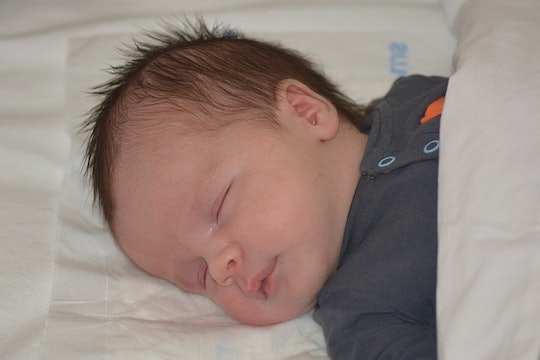 There's a dirty little secret about babies that you may not know about until it hits you square in the forehead and causes you to at least momentarily question this whole parenthood thing: sleep regressions. Sleep regressions are going to be the bane of your existence. If you're wondering what the hell they are, trust me when I say you'll know soon enough and no amount of research will adequately prepare you for the road ahead. There are things new moms need to know to survive sleep regressions though, and while knowing them won't keep you from struggling when your baby eventually has a sleep regression of their own, they can at least help you to see the forest through the trees.

For those of you who don't yet know what a sleep regression is, it's basically a phase that lasts for several weeks at certain times during all babies' lives. Four months, six months, and nine months are the most common sleep regression stages, although there can be (and usually are) others. They are basically periods when babies are going through a developmental leap, which impacts their sleep (and, therefore, yours) dramatically. If they were sleeping through the night, they will suddenly regress and sleep in two hour increments. Just when you were used to getting six hours of sleep (on a good night) you're back to getting zero. It's difficult, to say the least, but it's something every parent experiences and eventually gets through.

Both my kids were fantastic sleepers for the first several months of their lives. I was one of those parents who shamelessly went on and on about how lucky I was to have a baby that was sleeping through the night at six weeks or, in the case of my son, two weeks. Of course, I got my ass handed to me during the four-month sleep regression with both kids, and pretty much didn't sleep through the night again unless I was away from my family. In fact, that particular sleep regression was the reason both kids ended up co-sleeping with us at five months old. My partner and I just couldn't take it anymore.

The only thing that got me through multiple sleep regressions was the knowledge that it was going to end. Remembering that whatever phase my kids were going through was temporary, helped me focus on the bigger picture (even through the fog that was my exhaustion). Trust me, if you can just hang on to that one piece of knowledge, hopefully you can use it as a light at the end of the tunnel. If that one piece of knowledge doesn't do the trick, well, here are 10 things every new mom needs to know if she's going to survive sleep regressions: