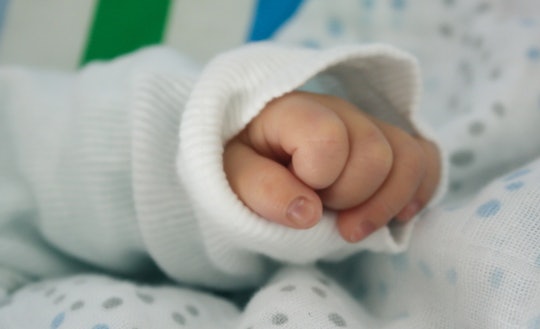 Bringing your baby home from the hospital or the birthing center is the inevitable third step (after, you know, getting pregnant and giving birth, or going through the adoption/surrogacy process) in becoming a parent, and it's unavoidable and often a little scary. There are things to know about taking your new baby home that every new mom wishes she had known the first time around. Yes, there are the basics, like what to dress your baby in and how many soiled diapers you should expect and, chances are, you're actually prepared for those steps.

No, I'm talking about the unsaid stuff that the collective "we" has inexplicably just assumed new parents know but, like, we don't, OK? We just don't. I'm talking about the overwhelming feels and the all-consuming fear and the times when you wonder how you ended up with the job of raising this beautiful, screaming creature, because you're clearly not qualified. (You totally are, though. I promise. That feeling of inadequacy will eventually pass. Eventually.)

I still remember the first night home with my daughter. To say that I was terrified is truly an understatement. I had walked in the door around noon, utterly exhausted, and my parents and in-laws suggested that I go to bed and rest since my daughter was sleeping peacefully at that point. I absolutely couldn't bear to leave my daughter, so I stayed awake and just watched her, all day long. Then, the night came and she was up screaming pretty much the whole time. I couldn't get her to latch and my partner and I couldn't get her to settle down. I was upset, in pain, completely exhausted and afraid I was starving my baby. It was a blast, let me tell you.

We got through it, but I was a mess and so was my partner. I felt like an utter failure for the better part of the first week of being a new parent, and that's not entirely unusual. In fact, I'd argue that's par for the new parent course, my friends. If I had known these 10 things every new mom wishes she knew about taking her baby home, perhaps I would have given myself a bit of a, much-deserved, break.