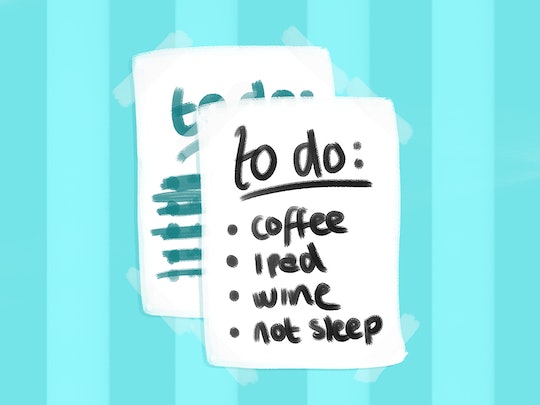 10 Things I Never Understood Until I Became A Working Mom

I always knew without a doubt that going back to work after having a baby was a thing I would do...and I would be awesome at it. There was never any question about that. It was just a personal choice that I felt was best for both me and my family. I assumed that I would make the transition into a working mom seamlessly — it was so natural and obvious...is what I thought — but honestly, I had no idea what I was getting myself into.

Admittedly, I was one of those smug women who assumed she had her act completely together. I thought that working as a mother would have been basically the same as it was before I had children. My cool confidence was soon squandered by the combining stresses of rejoining the workforce and coming home to take care of my family. I was in way over my head, as I think most women feel they are when they first dive into any new phase of life. Still, I eventually figured it out. Slowly, surely, and awkwardly, I found my groove, and have been (mostly) thriving ever since.

If you're a already a working mother, or if you're still on the fence about that decision, there are some things that you might want to consider ahead of time. But don't worry, I've got you covered. Hopefully my misadventures will guide you as you begin yours. Here are 10 of the things that I (stupidly) never even thought about before I became a working mother.

More Like This
40 Valentine's Day Outfits Your Girls Will Adore Showing Off This Season
Winter Travel Tips For Families
Tips to Beat Jet Lag, For You & Your Kids
25 Sweetest Valentine’s Day Books For Kids Of All Ages