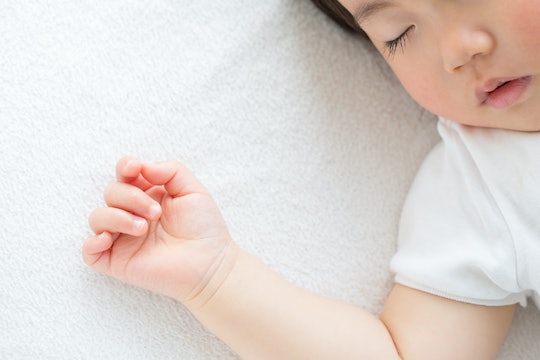 10 Things No One Will Tell You About Co-Sleeping, But I Will

When it comes to parenting, everyone has an opinion on basically every aspect. How you should discipline your kids and what you should feed them, how you should educate them and if you should have them vaccinated; there isn't a single thing that isn't grist for the mom-guilt mill, and sleeping arrangements are at the top of the list. Some people swear by co-sleeping and some people think it's a dangerous practice. Since it's a controversial topic, there are things no one will tell you about co-sleeping. That's where I come in.

When we first brought my son home from the hospital, he slept in a Moses basket beside my bed. I thought that was a perfect solution to the "getting up five times a night to nurse a baby while I'm healing from a c-section" conundrum I was initially facing. As time past though, I kept noticing how cold he was when I would pick him up to nurse him. He was freezing and I'm not exaggerating. Regardless of what he slept in — sleep sack, footie pajamas, gown with socks — he was always super cold which, of course, freaked me out.

As a paranoid new mom, convinced that if she took her eyes off her baby for even a second he would die of SIDS, I was terrified and I was exhausted and I needed to remedy both situations as quickly as possible. So, one night I bit the bullet and I put my son in bed next to me. I slept. In fact, I slept better than I had in weeks. I was relaxed but aware of him in a very real way. I knew he was beside me, and I either unconsciously or instinctively positioned my body to his body so that he was safe.

In other words, co-sleeping was a game-changer. There hasn't been a night since that first bed-sharing experience (aside from when I was in the hospital delivering his brother) that I have not co-slept. However, for all it's life-changing amazingness, co-sleeping isn't always unicorns and rainbows and warm, fuzzy feelings. Here are a few of the pitfalls of co-sleeping that people might not want to share: