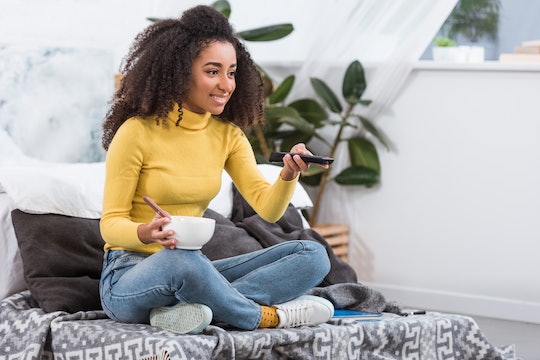 10 Things To Stream On Netflix On Tuesdays, Because Tacos Shouldn't Get All The Glory

It’s Tuesday, the day where you’ve just eased into the week, you’re done with Monday, but you have two whole days until Friday. It’s a day that requires a bit of an energy boost to get you through the rest of the week. Taco Tuesdays help for sure, but not all of life’s problems can be solved with tacos (only about 90 percent of them). That remaining 10 percent can be solved by watching TV (obviously), and it’s important to curate your evening programs with your Tuesday mood. So I’ve put together 10 things to stream on Netflix on Tuesdays that will help get you through the week (and pairs well with tacos).

Tuesday is a bit of an oddball: you’ve finally come to terms with it not being the weekend, you’ve been through the onslaught of “Monday” jokes, and it’s not quite hump day: it’s more like “that slight incline before you reach the hump” day, which doesn’t really roll off the tongue. If you tracked weekdays like a lifetime, Tuesdays would be those awkward preteen years in middle school, when you joined band to make friends but someone emptied their spit valve onto your flute case and you just want to quit. But enough about me, let’s get right down to those cathartic Netflix shows that will help you conquer those Tuesdays and turn them into Yousdays.