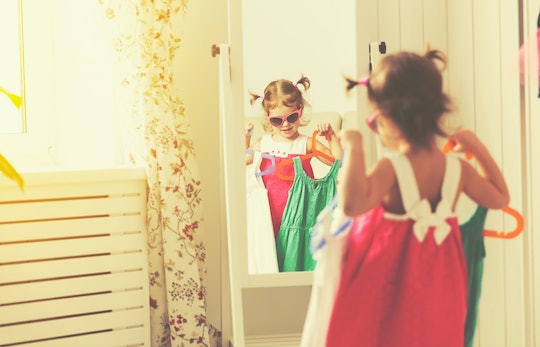 11 Body Confidence Things You Can Teach Your Daughter Right Now

Sadly, at one point or another, almost every woman can say she has struggled with confidence. Thanks to dangerous messages arbitrarily deciding what kind of body is "beautiful," and which one isn't, women are held to horrific standards of cultural beauty and attractiveness that can take a toll. While the concept of body confidence is extremely simple, teaching it to children (in order to combat those dangerous messages) can be difficult. After all, you're up against the very society they're part of. Thankfully, there are some things you can teach your daughter right now about body confidence, regardless of how young or old she is.

I've also learned that being afraid and worried is a pretty normal part of being a mother. I've learned that instead of letting that fear debilitate me, it should (and does) motivate me. That's why, even though my daughter is just a toddler, I'm learning all the ways I can help teach my daughter to be confident about her body. In the end, the media and our backwards culture will have nothing on me.