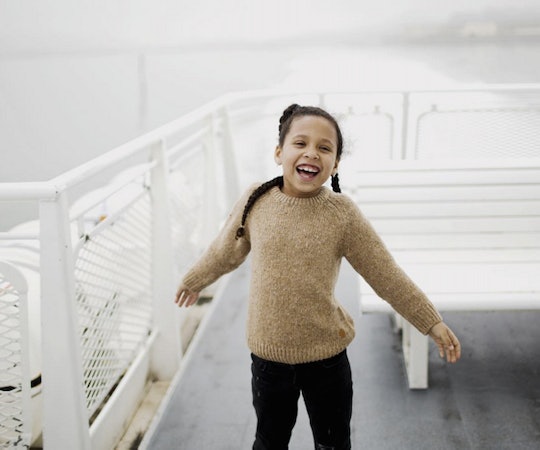 13 Ways Society Will Teach Your Daughter To Hate Her Body

Remember when you were a kid and the only thoughts you had about your body (if you thought about your body as an entity separate from the "you" at all) were how high you could jump, or how nice your pajamas felt against your skin? Unashamed. Unembarrassed. Uninhibited. Free. Happy. Or maybe you can't remember a time like this because you were so young when you were taught to hate your body. This is particularly likely if you are a woman or a girl. There is a cacophony of vicious criticism and encouraged self-loathing unleashed on women's perceptions of their own bodies out there. Fighting against it will require a lot of repetition and a metaphorical bullhorn.

These are just the firsts I remember. I don't remember the first time I went on a diet, or the first beauty product that was advertised to me. I don't remember the million little firsts, accompanied by the ones I can, that culminated into the first time I looked in a mirror and didn't like what I saw. I can't recall every instant that solidified that feeling... and I can't remember the exact moment where things started to turn around, where I thought, "This isn't actually real and there's no reason I should feel beholden to these stupid, arbitrary rules." When I realized that the only way to win this game is not to play.

I have a daughter now, and I'm not entirely convinced I will be able to keep her from hating her body because, truth be told, I don't think I have ever met a woman who has always loved her body, but I am determined to fight like hell. Society will teach our girls, early and frequently, all the ways they should judge and find herself wanting. And if we don't do something to counteract these lessons they will be learned.