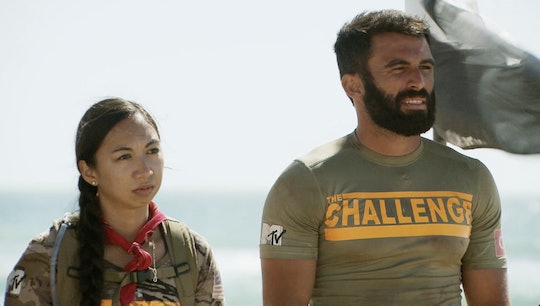 'The Challenge' Season 33 Set The Bar High For Future Seasons

The Challenge has been around for longer than some of its most dedicated fans have been old enough to appreciate it. But there was something about this last season that fans loved. It might have been the beastly cast of competitors or the challenges themselves, which went above and beyond the show's norm. Either way, the memes about The Challenge Season 33 prove that fans loved every minute of it.

The final challenge alone consisted of 50 miles of desert terrain to run or bike on along with mini challenges along the way and a short but difficult kayak trip in the ocean. When you compare that to the much more tame final competitions from other recent seasons, it shows how high the bar has suddenly been set on the show.

This season really required that the cast give it their all in every single challenge and a sole winner as opposed to a man and woman sharing first place was another surprise to a lot of fans. Overall, the season felt like a much more amped up version of The Challenge that has been around in recent years and if it is any indication of things to come, fans are here for it.

And for once, a worthy player won the first place prize on The Challenge and viewers were quick to applaud Turbo for his efforts. He worked hard to get to the final challenge and even when he was there, he cheered on his opponents and wanted them to do their best. It's safe to say that Turbo is the winner we all needed after Hunter and Ashley's explosive and tragic win last season.

Overall, between the competitions and the players themselves, Challenge fans seem to be in agreement that War of the Worlds was the best season in a long time. And because it was so intense and made for edge of your sear challenges, there are a handful of players that a lot of fans want to see return.

But I can't remember a Challenge season that introduced so many rookies that fans instantly rooted for. Despite having veteran players like CT and Kyle on this season, viewers cheered for the rookies. And now they want a lot if these rookies to come back for Season 34.

Usually, one of the things fans look forward to the most about a Challenge season is the reunion. It's a time to air out grievances and to reveal some behind the scenes content that fans might not have known about. This season was so interesting on it's own, however, that some fans have tweeted that they don't even need a reunion this time around. That's how much above and beyond Season 33 went. And overall, fans are just totally impressed with the season as it was.

I'm sure that some of the best and worst players from this season will still pop up next season on The Challenge. The challenges themselves, however, really proved that sometimes it doesn't even matter who is playing, because the competitions are that good. The Challenge producers really outdid themselves this time around and that could mean another amazing season or one that pales in comparison. The bar has suddenly been raised extremely high and from where fans are sitting, every season should be as intense and dramatic as War of the Worlds was.