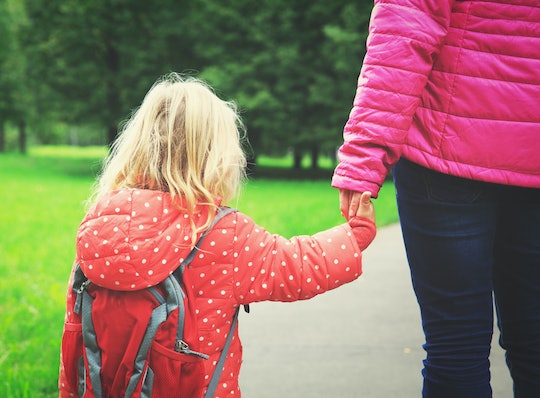 The choice to introduce my son to daycare was one that my partner and I took seriously. Ultimately, it's been great for our family and we've been happy with the care our son has received, as well as the learning and development that come with it. Of course, at the beginning, I was hopeful it would turn out this way, but I didn't really know. There was a lot to consider, and I still had countless unanswered questions about how he would adapt, if he'd like it, and simply how it feels to send a child to daycare.

When he started, my son was just shy of 1 1/2 years old. We researched, visited, and took him in for a "dry run" ahead of time. In other words, we were as ready as we could possibly be on his first day. Since I work from home, I stayed behind (after kisses and hugs) while his dad dropped him off. I won't lie, it was really, really strange. The fact that I was home and had signs of my baby everywhere actually helped, I think, because it never felt like he was that far away from me. Still, I felt guilty for appreciating the free time while simultaneously thankful that I was working again, and in a job that I enjoyed.

I'm sure other moms wouldn't be surprised to hear that many of those initial, "first day of preschool" feelings still remain while my son's at school (as we call it), but as it turns out, there's a whole spectrum of emotions that parents experience when a child starts daycare, including the following: