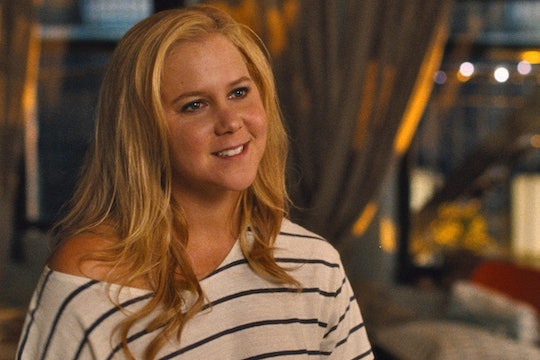 Sex is everywhere in the cinema. But when you sit down to make a list of sex positive movie characters, the list is kind of slim. And I'm not even talking about Fifty Shades of Grey. (Which in case you're wondering, I don't think sends a very sex-positive message, despite being the one film everyone thinks of when they hear the term "sex-positive.") Because there's still this outdated notion that sex-positive makes you someone who a sex dungeon and brings all kinds of people to bang in it. In reality, not so much.

Sex positivity is being comfortable with your own sexuality and being understanding of the sexual behaviors of others. So if being sex positive is so simple, why are there so few sex positive movie characters out there? Isn't Hollywood hip to sex positivity? Everyone knows that sex sells, but it turns out that Hollywood still maintains a pretty narrow view of what type of sex sells. Because there's so much money involved in producing movies that dictate cultural values, big studios don't want to risk an NC-17 rating for being too provocative, or so suggests Phactual, enumerating the few films to be successful despite an NC-17 rating. I can only hope that in the future, more sex positive roles appear on screen to portray a more inclusive, and honest version of sexuality. But there are a couple roles that hit all the right sex positive notes, and I want to give those roles the props they deserve.