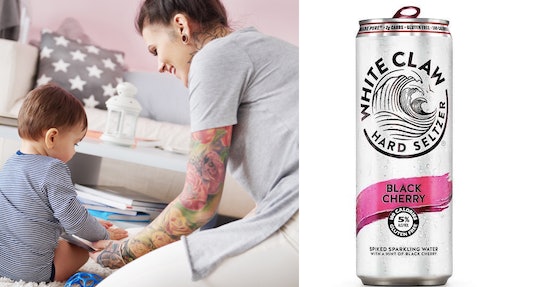 11 Signs You're A White Claw Mom

While White Claw has found a kind of ironic-but-not-really following among self-declared millennial bros, the hard seltzer has been stereotyped a "woman's drink." And when you're talking about millennial women, a lot of them are going to be moms. So what are the signs you're a White Claw mom? Sit back, crack open your favorite flavor (I suggest Ruby Grapefruit), and let's take a look.

I'll level with you: I don't particularly love White Claw myself. They're good, but generally not my first drink of choice. Yet the backlash against the beverage's popularity makes me incredibly defensive of it. People are weirdly obnoxious about the fact that a lot of people like them. White Claw is like the summertime answer to the Pumpkin Spice Latte. People! Let people drink what makes them happy! You don't like White Claw? OK. Shh. Listen: do you hear that? That overwhelming and profound silence? That's the sound of literally no one caring or trying to convince you that you're wrong. No one is forcing it down your throat. After all, more White Claws for White Claw Mom!