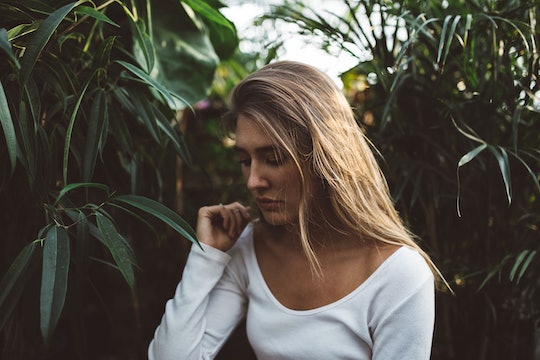 11 Things I Thought I Had To Do During My Miscarriage, But Really Didn't

Like the 1 in 4 women who have been pregnant, I have had a miscarriage. And, like many of those women, I really didn't know what to do with the experience as it was happening or after it had happened. There were a lot of things I thought I had to do during my miscarriage but, as it turns out, I was (mostly) ridiculously wrong about all of them.

More Like This
Can You Sunbathe During Pregnancy?
30 Fun Father's Day Gifts For A Dad-To-Be
20 Sweet Ways To Announce Your Pregnancy On Father's Day
40 Baby Shower Messages To Write In A Card Or Gift For Baby

My miscarriage, like most, occurred early on, at about 6 weeks in gestational age. My son was 18 months old and, while my husband and I had wanted another child, the pregnancy was unplanned and very much unexpected. My feelings about being pregnant, while mostly positive, were complicated. So, when I began to miscarry days after I had found out I was pregnant, my feelings about the miscarriage were even more complicated. Because everything happened early on, I did not have to have a D&C procedure to empty my uterus. At the time, a part of me wished for some sort of appointment to make everything seem "official." Finding out I was going to have a baby only to find out that, no, I wasn't, in the span of a few days was hard to wrap my head around, so something "concrete" to give me a definitive and steadfast "end" to something I had just realized was potentially beginning would have, for me (I thought), been helpful. A part of me felt that even believing I had been pregnant and had a miscarriage in the first place was crazy; that maybe what I was feeling wasn't real.

Now that I have the ability to look back, I can see that second guessing my feelings and emotions, was the primary belief motivating a lot of my feelings and behaviors during and after my miscarriage. I wasn't sure how to feel or if what I was feeling was real, so I held myself to a predetermined standard and thought I "had to feel" a specific way. Of course, that isn't true, and a woman going through or recovering form a miscarriage can feel anyway she wants, and react anyway that she wants. So, if you're like me and the 1 in 4 women who will experience a miscarriage, please know that your feelings are valid and, please, now that you don't have to do the following things, if you don't want to.