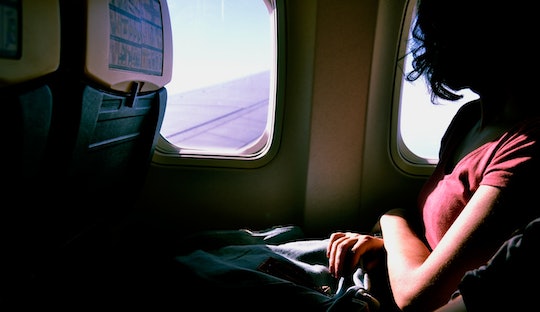 All my life, I’ve always known that I wanted to travel as much as possible. My family didn’t have much money when I was growing up, and so our “vacations” were more like day trips, driving down to the Florida Keys to have an oceanfront barbecue and then driving back home. I seriously longed for a trip anyplace out of town. My first trip to Disney didn't happen until I turned 10, while all my friends had already gone multiple times (we lived just four hours away). And I didn’t board my first plane until I bought my own ticket at the age of 18, to New York City.

When I found out I would be a mom, I wasn’t sure how to feel about my future in regards to travel. Part of me feared that having kids would leave me grounded, clip my proverbial wings, so to speak. I’d spent months on the road just the year before my first pregnancy, and I’d grown addicted to a life of unpredictability and adventure. But I later realized that having kids doesn’t have to mean never traveling again. In fact, it’s almost better because once you have a kid, you have this awesome new travel companion who will delight at seeing new cities and towns, taking in the sea breeze or the immensity of mountains for the first time. For all the ways having kids makes travel harder, it makes it considerably fuller and richer.

When I mention my plans for potentially taking my kid around the world, though, some folks shake their head disapprovingly. Once in a while? Sure. But constant travel? That’s something many people simply don’t understand. It’s not like I’m pregnant; I’m not scared of the Zika virus. Plus, these days it’s so much easier to travel with kids, why wouldn’t you want to? This one’s for the naysayers who just don’t get that traveling with kids can truly be the best thing ever: