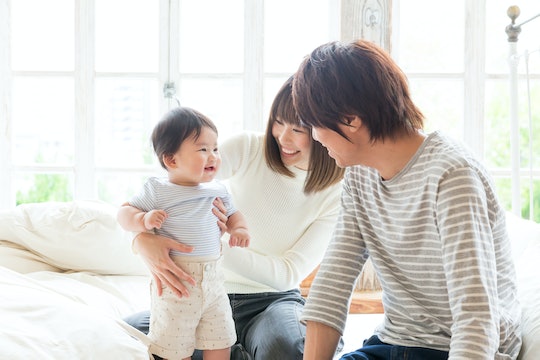 It's not hard to recognize that sex can be important in a relationship. But after having kids, who can even think about that three letter word? I'm a huge advocate for continuing your sex life after having kids, but I can attest to the fact that it's hard. Whether you're exhausted, covered in baby poop, or just too busy putting a little one back to bed eight times a night, sex after baby sounds like mythology. But it's not just your mind that's affected — there are some things that happen to your body when you stop having sex after kids because sex literally has no chill.

OK, maybe it has a little chill. Like the Netflix and chill variety. But in general, the pressure is on to have sex, no matter what point you're at in a relationship. Once you have kids though, sex can feel like it's at the bottom of your priority list. And why wouldn't it? Despite the overwhelming benefits of sex for parents, it also requires a lot fromyou. Like energy, time, and a healthy libido. You may find that all three are seriously lacking when you spend most of your days wiping tiny butts and trying to get it all done. But you may notice these 11 things happening to your body when you stop having sex after kids over any psychological ramifications. If you just don't feel like sex, I totally get it, but I promise you that one day your energy will totally come back. (Like when your kids move out.)