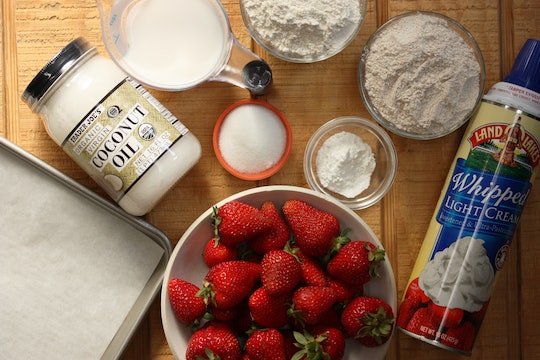 11 Things To Know About Cooking With Coconut Oil

Coconut oil is basically the Adele of the cooking world. Everyone's heard of it, everyone loves it, and everyone loves to tell you how much they love it. Hello, it's coconut oil, and I was wondering if after all this time you'd like to use me for something other than teeth whitening. Because there's a lot to know about this magic jar of goodness, but the things to know about cooking with coconut oil top the list.

Most of the hype about coconut oil has been all of its health benefits, but that wasn't always the case. According to the Huffington Post, coconut oil used to get a bad rap. And although a few studies have been done on the low amount of cholesterol in coconut oil, studies haven't shown much on how it affects long-term heart health.

But the light taste of coconut oil and the texture continue to win people over while cooking. And because of its versatility in the home, it's an economical choice, especially if you're using it to both cook your chicken and condition your hair. But because it's so different from more popular cooking oils like vegetable oil or olive oil, there are 11 things you should know about cooking with coconut oil.