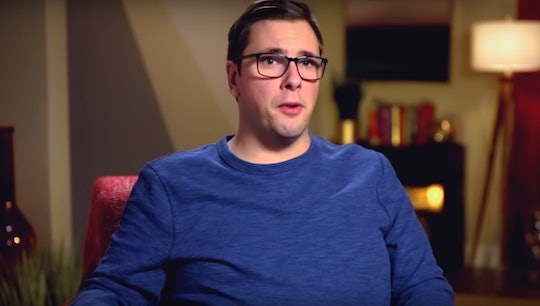 Colt & Larissa's Drama On '90 Day Fiance' Is Far From Over

Last season of 90 Day Fiancé was more of a trainwreck than usual. Most of the couples went from bad to worse and Colt and Larissa had countless arguments before finally, cautiously getting married. But the drama didn't stop there and on 90 Day Fiancé: Happily Ever After?, they still have tons of issues to sort out. So far, the tweets about Colt on 90 Day Fiancé prove that fans aren't buying what he’s selling and whether they are team Larissa or not, most of them aren't totally supportive of Colt either way.

Judging by what Larissa and Colt have said so far this season, it’s clear that there was a lot that 90 Day Fiancé didn’t show viewers last season. They revealed that Larissa was initially arrested right before their wedding, but despite their alleged physical altercation which led to Larissa’s arrest, they went through with it. Flash forward to this season of Happily Ever After? and they seem to be doing just as poorly as a couple. You don't flush your wedding ring down the toilet if you are hopelessly in love and right now, it seems like the best thing for Larissa and Colt is a separation. Most fans on Twitter seem to agree, but they are also living for the Coltee and Larissa drama.

Last season on 90 Day Fiancé, things started off innocently enough. In the pictures they showed from their initial meetings, it seemed like Colt and Larissa really liked each other. Then she arrived in America and moved in with Colt and his mother and it all went downhill fast. Larissa and Debbie didn't get along and Colt didn't do much to help Larissa feel at ease. Eventually, it became a total mess.

Maybe if Colt’s mom didn't live in the same house, Colt and Larissa could have had a stronger start as a couple, but something tells me it would have went south either way. They just don't seem compatible and some fans think Colt is the one to blame, even if their dynamic is making for some juicy scenes this season.

Whether it is Colt or Larissa’s fault that their marriage isn't working out this season, or maybe a combination of both, things seem tense every time the couple has a scene together on the show. Despite that, fans still seem as invested as ever in getting to the bottom of Colt and Larissa’s issues.

Honestly, all of the fights between Larissa and Colt’s mom, Debbie, have been hard to watch. Maybe Colt is in the right for sitting by and watching it all unfold without interfering and potentially making things worse, but I’m not sure if that’s the case. It is clear that Colt and Larissa aren’t going to make up any time soon, and at this point, their relationship is exhausting to watch.

After such a tumultuous last season, it’s a wonder that Colt and Larissa even agreed to be on Happy Ever After? and continue their fighting and gaslighting in front of the camera. Clearly, this is the kind of drama that 90 Day Fiancé fans live for, so it makes sense why fans would want them back, but it doesn't seem to be doing anything to help Colt and Larissa’s marriage.

Fans seem to alternate on who they are rooting for between Colt, Larissa, Debbie, and one of their family cats. At this point, fans are just here for the entertainment that the relationship provides. Colt and Larissa never seemed like the perfect match, but they both seem determined to ride this drama train until it completely crashes. Until that happens, 90 Day Fiancé fans will be here to enjoy the ride.