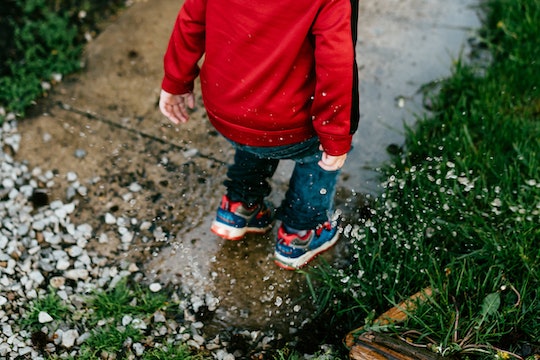 Being a parent can be a little weird sometimes. Little humans have no sense of shame of embarrassment; they don't care if they're walking around with a load in their pants or yogurt in their hair; they certainly don't give a damn that their parents are the ones left to clean up the never-ending remnants of their constant chaos. However, toddlers are also kind of hilarious and totally weird, which at least makes the challenges entertaining. They do a lot of things that only people parenting toddlers could understand; things that seem a little (read: very) weird, and even borderline insane to outsiders. If you've ever lived through the havoc of toddlerhood, what some people see as strange or insane is just another day in the life.

If you're the parent of a toddler, your days probably resemble something in between a soap opera and a circus. There are terrible things about having a toddler that are actually pretty funny when you look back, but that doesn't make navigating your way through it without losing all of your hair (or sobriety) any less maddening. Whether you're trying to feed a picky eater, or combating some other insane reason for your toddler's meltdown, sometimes the only way to deal to with toddlers is to just cry (although drinking heavily is always an option).

Every day is a battle field when you're raising a toddler; a sticky, smelly, messy, and emotionally unstable battle field, but there's no denying that every second of that battle is entertaining, at the very least. It's also a little, well, weird, but thankfully there's a sense of solidarity among those who are also parenting toddlers. The following 11 things might seem odd to some people, but a toddler parent wouldn't even bat an eye at them.