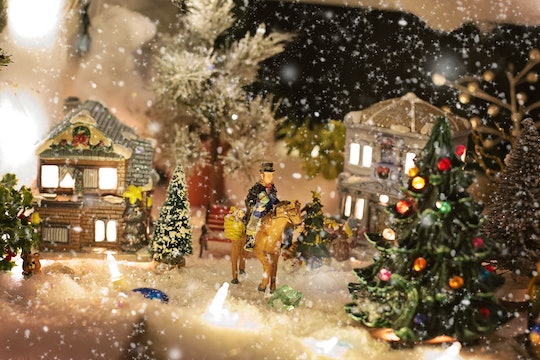 It’s almost Christmas and that means baking cookies, holiday shopping, and watching tons and tons of television. (OK, Netflix.) Now, if you’ll notice, many holiday movies follow a certain formula, utilizing the same old bits over and over again because they’ve worked before. Sometimes it’s done well, while other times it just makes the movies kind of stale and predictable. I’d like to say I’ve watched a fair amount of movies about Christmas over the years. I’ve seen the usual, traditional Christmas classics, like It’s A Wonderful Life and A Christmas Story. I’ve watched animated classics such as A Charlie Brown Christmas and Mickey’s Christmas Carol. I’ve indulged in festive romances like Love Actually and The Family Man. I’ve even sat audience for winter horror favorites like Dead Snow (seriously one of the greatest zombie films of all time).

While I’ve loved each and every one of these, I’ve also noticed that they tend to portray a Christmas that is nothing at all like the ones I’ve experienced. It’s like these films decided that there’s a certain way to do Christmas, and many, if not most, of us are not doing it right at all. So I’ve compiled a list of some of the more rampant holiday tropes and traditions we see in our favorite Christmas flicks and compared them to what Christmas is actually like for me. Here are the results: