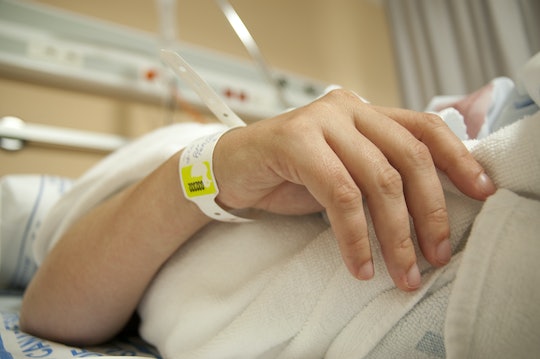 12 Things I Didn't Know To Expect About An Epidural

Epidurals have been around for almost a century, but they exploded in popularity in the '70s. Today, they're the most common choice for pain relief during labor. It's important to do your research, but sometimes experience is the best teacher. So in the interest of helping a sister out, I'm sharing the things I didn't know to expect about an epidural.

Briefly, epidural anesthesia is pain blocking medication continuously delivered through a tiny tube inserted into your lower back — and it's an option available to most women in labor. There are certainly pros and cons to be considered. Initially, I fully intended to get the epidural because I don't handle pain well. I was going to be all French about it (87 percent of French moms have medicated births and there's no stigma around it). I had a change of heart after I learned from my birth class that I might not be able to labor in different positions once the epidural was in. My midwives didn't pressure me either way. In the end, my birth plan stated that I wanted to go as long as possible but leave epidural anesthesia on the table. I did awesome during early labor, but the pain became too great for me later on. I requested an epidural and received it after 20 hours of labor.

What's important about the decision to have a medicated or unmedicated birth is that said decision is yours to make. If you are considering it, just make sure you know what you're getting yourself into, or you may be in for a few surprises.