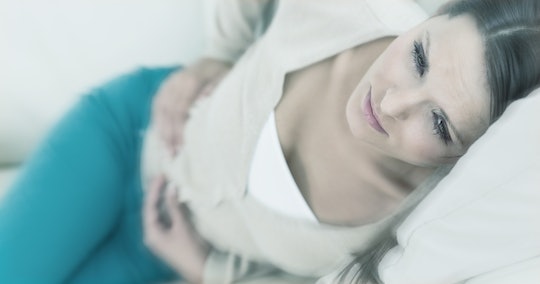 It took far too many years and way too many doctor's visits for me to realize that I have endometriosis. My pain was downplayed; I was misdiagnosed; I was told to "suck it up" and I was told I had a slew of other potential problems before I realized that what was ailing me every month wasn't just a "bad period," but a very real, very debilitating, chronic disease. It didn't take me very long, however, to realize that there are so many things women with endometriosis wish everyone knew, because I am one of those women and I have been faced with some rather uncomfortable, rather frustrating conversations because people either don't know what endometriosis is, or don't care.

"Period talk," in this country is considered "inappropriate" or "uncomfortable'" or "gross," so we don't talk enough about what is ailing an estimated 176 million women worldwide, and 1 in 10 girls and women in the United States. Instead, women whisper about endometriosis with their close friends and loved ones and healthcare physicians, pushing through a horrific pain and remaining relatively silent because, sadly, we've all come to learn that a woman's health (especially a woman's reproductive health) isn't much of a priority in this country. As a woman with endometriosis, I have learned that my pain, no matter how severe, is rarely, if ever, taken seriously. So, instead of focusing my precious time and energy on attempting to convince those around me (sometimes even my loved ones and doctors) that my pain is legitimate, I simply deal with my symptoms as best as I can.

But that's not good enough, and no woman living with chronic pain should be forced to suffer in silence. As a society, we need to value women, their reproductive health, and their overall health, in general. So, with that in mind, here are just a few things women with endometriosis wish everyone knew. It's time to start a conversation. It's time to stop whispering.