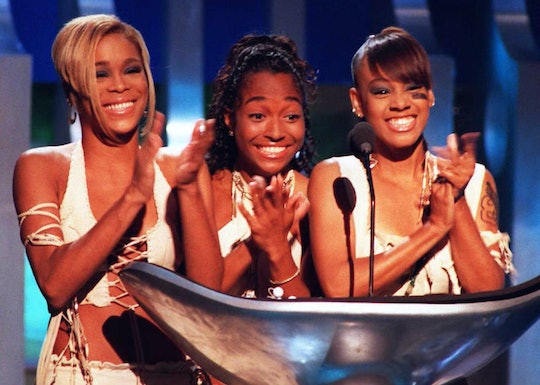 You don't have to be a member of Generation X to appreciate the iconic music that came out of the 1990s. The decade launched genres like grunge, dance hall, and hip-hop, and catapulted the careers of bands like Nirvana, No Doubt, and TLC. The fact that so many of the songs from the '90s have remained a part of the pop culture lexicon shows just how much of an impact the music made. If you're a fan of the beautiful songs to come out of that decade and you're expecting, why not consider baby names inspired by '90s song lyrics.

What's great about music from the 1990s is that it was a time where there was truly something for everyone. Whether you were into punk, metal, grunge, indie, hip-hop, pop, ska, or club music, there was a song out there that perfectly spoke to you. It's no wonder that '90s song lyrics make great tattoos because their messages have stood the test of time.

So channel some of that '90s nostalgia and check out these truly beautiful baby name ideas for your future daughter or son that are inspired by some of the most memorable moments in music from the 1990s.