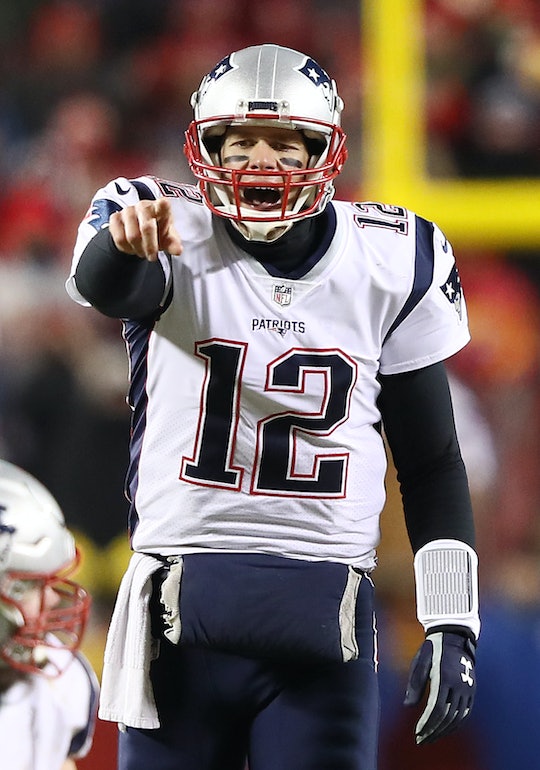 Greetings, Pat Nation! The fruits of Bill Belichik's labor have paid off once again, and it's almost time for the New England Patriots to head to Super Bowl 2019. Despite how excited you are, you probably haven't been loving the hate you've had to deal with the past few weeks; the animosity the world has for your team is honestly overwhelming. But you're done apologizing for being the best, and you're going to celebrate as loudly and proudly as you want. First step? Queue up a Patriot-praising Instagram caption for Super Bowl Sunday to go with that cute pic of you and the fam in those custom New England jerseys.

It seems like everyone who isn't a born and bred Patriots fan is rooting for the Rams this year. The internet has been buzzing like crazy with disses at the Pats, and the only way to fight that kind of fire is to be even more enthusiastic with your love. Instead of feeling shame for loving your team, be all up on social media with support for Tom and the squad, dress your little one in an official Pats' onesie, and don't waste a second of your time thinking about the haters. (Psst: there are also some super cute Patriots' maternity outfits if you're expecting this Super Bowl Sunday. There's no such thing as being too extra.)

So put your game face on, and get ready to bring the social media heat with one of these captions. Happy Super Bowl season, New England.