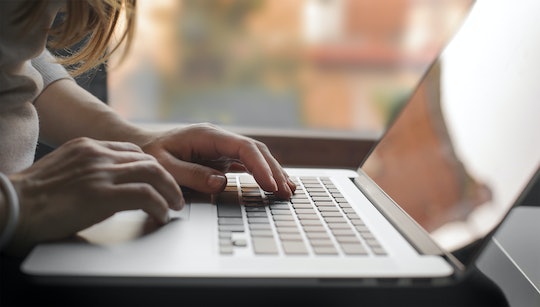 Those of us who grew up in the '90s look back on it fondly and starry eyed and filled with a substantial amount of nostalgia. It was the era of brick phones and hammer pants and hair crimping (dear god why), sure, but it also felt like life wasn't nearly as frightening. We weren't constantly under the supposed threat of mosquito-born illnesses and terrorist attacks and school shootings and, well, you get the picture. Once you have kids, you almost start to wonder if being a parent was just easier in the '90s. It wasn’t, to be sure, but nostalgia is funny like that. In fact, there are plenty of inventions '90s parents wish they’d had that we, now, take for granted.

First and foremost, we have made plenty of great technological advances in the past two decades. The past 10 years has provided us with some amazing progress in the field of medicine. We’ve also made a lot of strides in social justice and awareness, though some could argue that some folks and even politicians have also regressed in this area. We’ve also have new, mouth-watering foods and fantastic new ways to watch television and our Tamagotchis aren't on the verge of dying every five minutes so, you know, we have some things going for us.

Tamagotchis aside, the advances our society has made since the '90s affect our parenting and our children and how we prepare our children for their future and whatever it may hold, in a number of ways. Many of said advances can, and are, used to improve our parenting, or at least enhance the parenting experience by making it somewhat easier. I have no doubt that while I would do unspeakable things to be able to have a few days without a single social media account, there are plenty of parents who, in the '90s, would have loved to have had the following: