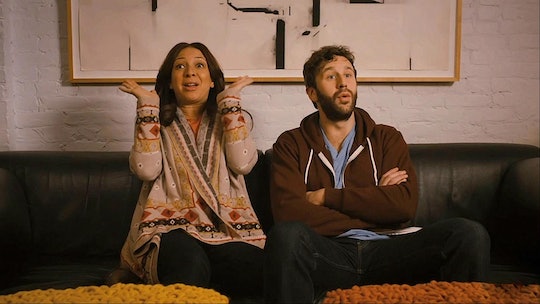 Every once in a while when the moon is sliced perfectly in half and the sitter shows up on time, I find myself attending an event with childless people. I stand in the sea of them and realize (for the millionth time) that being a parent is hard. The childless are fascinating creatures, but are largely best observed from afar. It’s not that they’re so different than those of us with kids — it’s that most of them don’t realize the ways in which we are different and the ways in which we are not. We need go remember to order shirts that say "Parents Are People Too" but we really have quite a lot on our plates already.

The truth is, if you don't have kids yourself, are things you should never say to a parent. Just as we parents look on the kid-free with curious wonder and occasional disdain, they often look upon us with confusion and unrestrained pity. Neither of these viewpoints are necessarily fair to the other category, as both are predicated by stereotypes and nonsense, but since I am Team Parenthood, I’m picking a side and feel completely justified in tearing down the childless for my own amusement... OK, for the record, I don’t actually feel justified in that and feel super guilty for typing it out. I love my kid-free friends But, sorry, there are some things that the childless people of the world need to know that they apparently don’t. For starters, those who haven’t done the whole procreation or adoption or acquiring dependents thing, really need to stop saying these things to parents: