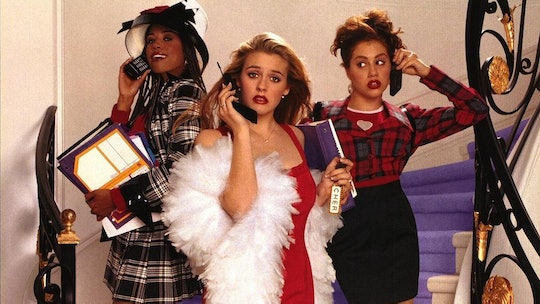 There's no denying that things were different in the '90s, or the wild west of parenting, as I like to refer to it. From technology, to fashion, to child rearing, society has come a long way since the decade of jelly sandals and snap bracelets. There's no question that the '90s were a less restricting age to parent children in. Heck, there are plenty of things your parents shouldn't have let you do in the '90s that they didn't even bat an eyelash at. Nowadays, you can't let your kid play outside alone without someone from the neighborhood giving you a call to make sure you know where your child's location. The '90s were a glorious, golden age of childhood. And your parents definitely let you get away with a lot more back then.

These days, being a parent seems to come with a mile-long list of things you should and shouldn't let your children do. Don't let them have an iPad, but let them have a cell phone in case of emergency. Don't let them play with aggressive children, but teach them how to hold their own. Don't let them eat junk food and don't let them treat food as a reward, but treat them to ice cream when they deserve it. The lists contradict themselves, and more often than not, it's just parents who think they've got it all under control, doling out their sage wisdom.

Thank goodness I grew up in the '90s, where life was simpler — albeit a little more questionable. It still makes me warm and fuzzy with nostalgia to remember all the things my parents shouldn't have let me do in the '90s, even if the following things would be frowned upon by today's parenting standards.