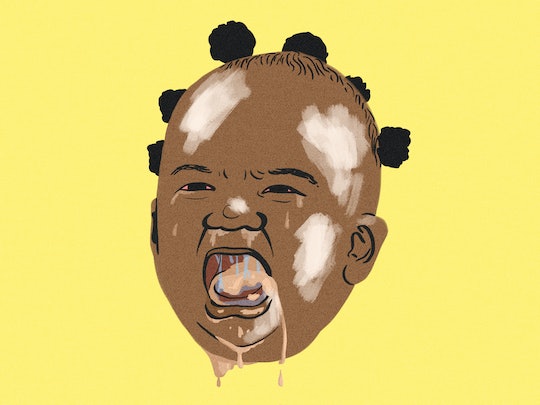 So last night, I took my toddler out on a mother-son date. We cruised around the aisles of a craft store (so many colors!), admired tanks of fish and turtles and guinea pigs at a pet store (*speechless admiration*) and finally settled in at a favorite local restaurant for some mac and cheese (him) and beef sliders (me). Why am I telling you this? Because the next time my kid has a meltdown in public and I’m feeling like the worst parent ever, I want it documented, that yes, good outings with a toddler — while rare and majestic like unicorns and reliable public wifi — are technically possible. In fact, they happen all the time. But like all of life's casual goodness being historically overshadowed by intermittent horror, the occasional public meltdowns are so epic and so traumatizing that it's all too easy to associate "taking a toddler out in public" with "you're legitimately insane if you think that's a good idea; dead god, woman, get a hold of yourself."

And you know, fair. Because taking a toddler out in public is not always as smooth as last night's outing proved to be. For the record, my son is great and wonderful and amazing, etc.; However — off the record — sometimes it's really effing hard to get things done when he’d rather be running down the aisles of Target, pulling boxes of crayons off the shelf (I know, what was I thinking, taking him out of the cart?). And so, I thought I’d offer a snapshot of what goes through the mind of parents when those difficult moments occur, since let’s be real, this is when the real parenting magic happens.