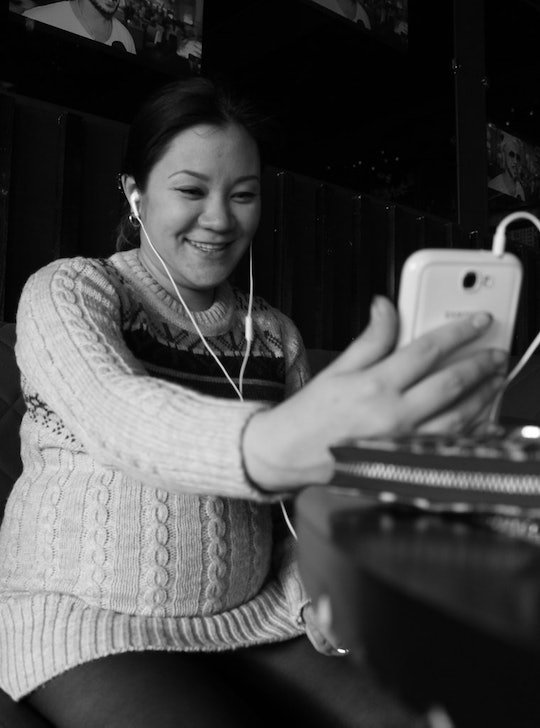 You guys, the third trimester. Ohhh boy, that third trimester. There are a million difficult things about it, but in some ways, it's your relationship during the third trimester that can feel like it's the most challenging. Not only are the physical symptoms of pregnancy more pronounced by the third trimester, making you exhausted and achey and cranky, but all of the anxiety of having a baby is ramping up, because hello — it's almost go time. You are going to actually be giving birth soon. So naturally, who bears the brunt of all of this stress? Well, you. But also your partner, bless their heart.

I'm not sure what I would have done without my phone when I was pregnant. I'm not sure if I'm the only one (OK, I know I'm not), but the closer I got to the end of my pregnancy, the more I wanted — and needed — to be in touch with my partner. I definitely suffered from pregnancy brain, so I sent a million texts to my husband after we'd both gone to work for the day, because I couldn't remember what I wanted to tell him while we were in the same room. Sometimes it was as simple as asking him to bring home something yummy. Other times, it was a complicated mess of hormonal insanity. (I'm not here for your judgment.) Essentially, we have a lot to say to our partners near the end of our pregnancy, and since it's 2016 and humans existence is what it is, we usually tell them via text.

Here are some of the texts that every woman sends to her partner in her third trimester, broken down by pregnancy week: