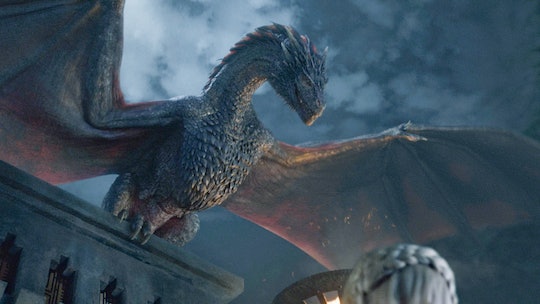 Among the many names and titles Daenerys Targaryen uses to identify herself, the one she is most commonly known as is "Mother of Dragons." It's tremendously badass, and it's also totally fitting, because raising dragons and raising children is the same thing. Not only does it require a great many of the same skill sets—patience, resilience, stern determination, and preternaturally toned quads, either for riding on their backs or constantly squatting down to their level—but dragons and small humans have a lot in common. Like... sort of uncomfortably a lot in common when you really sit back and consider what this says about parenting.

In Game of Thrones, the scions of House Targaryen were the last keepers of dragons in the known world. At one point they had no fewer than 20. (Of course they sort of screwed that up with the Dance of the Dragons, a civil war between two sides of the family that decimated the human and dragon populations of the Targaryens.) But whether or not you belong in House Targaryen and therefore have a special kinship with these majestic beasts (dragons, not children... though I have definitely whispered "majestic beasts" to myself as I watched my children devour entire ice cream sundaes in literally a minute), having children can provide you with insight into the inner workings of dragons, and vice versa.