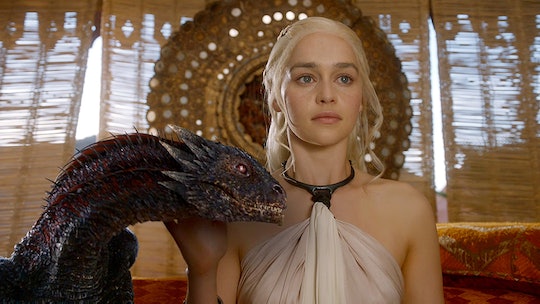 One of the reasons Game of Thrones is such a hit with moms is that the show frequently portrays mothers as the strong and courageous women they are, who would do absolutely anything to protect their families. In fact, even the mothers who aren’t quite so protective of their young (see: Selyse Baratheon) are still incredibly well-written, three-dimensional women. I mean really, we can all identify more or less with the parents on Game of Thrones. But while I could write about Tywin’s go-for-the-gold parenting techniques, I’d much rather explore all the ways in which the moms on GoT are complete and total badasses.

There are so many great (and some not so great) moms on this show. There’s Cersei Lannister, who would have your head mounted on a spike before you ever finished bad-mouthing her spawn. And then there’s Daenerys Targaryan, who is anything but your typical mom, valiantly raising three dragons all on her own. We’ve also got Catelyn, whose life is littered with tragedy after tragedy and fueled by the need for vengeance. Now, I know you’re probably watching and analyzing the trailer for the new season of Game of Thrones over and over again, but seriously. Give it a rest and read through this list instead while and reliving some of the proof that the mothers on GoT truly are the best. Note: SPOILERS ARE COMING.