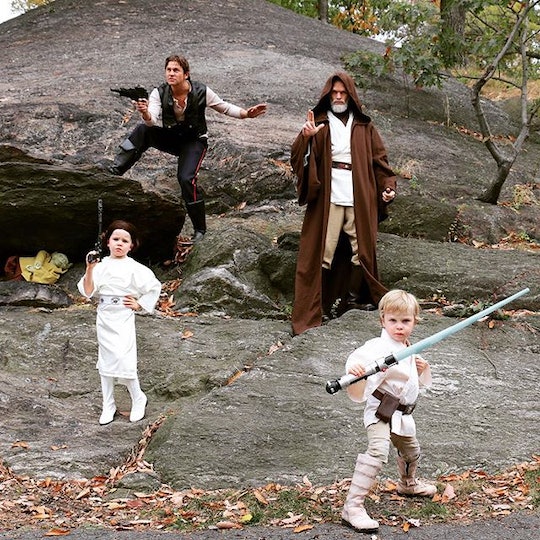 15 Celeb Dads Who Proved They Were Grown-Ass Men

There are few things that will make a parent happier than when their significant other offers to take care of the house, errands, and the kids. It's also an undeniable fact that seeing a dad who is comfortable and confident while wearing his baby is nothing short of adorable. There's just something impressive about a man who's not afraid to step up and take on the responsibility of parenthood without making a big deal about it. It's not just fathers in real life who are doing this. There are celebrity dads who proved they were grown-ass men, too.

If you're wondering what exactly it means for a dad to qualify as being a "grown-ass man," it's actually quite simple. In short, for a guy to be a grown-ass man, he has to be mature, responsible, and avoid getting sucked into petty issues like drama, appearances, or jealousy. (Bonus points if he doesn't care about taking care of things that aren't traditionally viewed as a "man's" job.)

If you're anything like me, your ovaries throw a party and you high give your inner feminist whenever you see a dad doing his thing like it's no big deal. So check out these celeb dads who truly are grown-ass men.