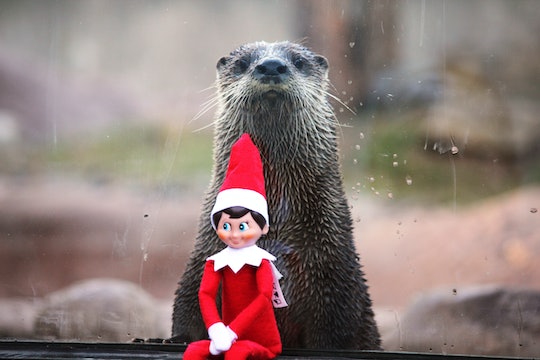 Love it or hate it, Santa's sneaky scout elf is a holiday staple in a lot of homes. Since it's a bit high-maintenance, the elf tends to spark a lot of conversation, which then results in some pretty hilarious Elf on the Shelf tweets. Parents and non-parents all seem to have an opinion on the holiday game, and, thankfully, they choose to share their thoughts on social media for the rest of the world to see.

There are no shortage of social media posts that have the elf at the center of them. Some people wake up every day and want to share what their elf is up to, others take to the internet to wage war against the people who created the game in the first place. Some are just there to express how thankful they are that they don't have Elf on the Shelf-aged kids, because it means they get to avoid the stress that seems to come along with it.

Regardless of whether people are pro or anti-Elf on the Shelf, the spy really serves as an opportunity for people to showcase their comedic chops online. From teaching kids important life lessons, to seeking marriage advice, to flat out expressing rage over the elf, here are 15 hilarious tweets from people with strong opinions on the tradition.