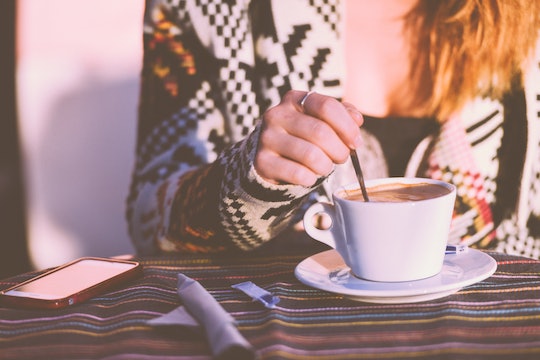 Maybe you can’t find a babysitter. Maybe, after some crazy-stressful weeks of holiday obligations, you don’t have the energy to hit up a bar. Or maybe, after having done the whole New Year’s Eve thing before, staying in and avoiding the crazy crowds sounds super appealing. Whatever the reason for your desire to do anything other than partying, there are plenty of other things to do on NYE instead of going out that are just as awesome and, honestly, feel way more productive than spending the night tipsy and wobbling around in heels.

Don’t get me wrong—heading out on the town and letting it all go can be great sometimes. But on a night when everyone is trying to do the same thing, finding a place to celebrate that doesn’t have insane cover fees and isn’t jammed can be seriously impossible, making the night way more stressful than it is fun.

Staying in on NYE isn’t just about avoiding hoards of drunk people and saving money (although, let’s face it, you knew that Uber ride home wasn’t going to be cheap.) It’s also an opportunity to relax and catch up on other things. In other words, if you’re still looking for reasons to justify it, choosing to chill on the craziest evening of the year can be a good idea for your mental health, too. But what to do while you’re sitting at home and everyone else is out and about? Once you’re cozied up inside, kick off the new year with one or a few of these ideas for things to do instead of facing the all-out madness of the NYE crowd.

More Like This
Ginger Zee Had A Perfect Response After A Troll Asked Her "Who's Raising Your Kids?"
It's A Beautiful Day In Jenny Slate’s Neighborhood
Sarah Michelle Gellar Is Facing A Terrifying Parenting Milestone: Sleep Away Camp
13 Going on 30 Is Just As Sweet & Funny As You Remember — And Kids Will Love It Too