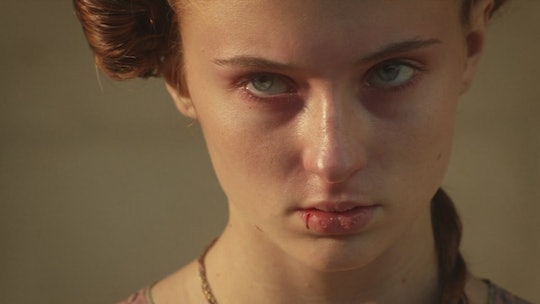 When you think of Game of Thrones and feminism, you probably attribute that word to characters like Arya Stark or Cersei Lannister because neither of them give a damn about what anyone else says, men or otherwise. But what many fail to realize is that Sansa is a strong female character, and the one we should have all been rooting for since day one. Which, if any of us have hearts in our bodies and empathy in our souls, we have been in some way.

Here's the thing about Sansa being low-key the strongest character on the show: She has escaped torture at the hands of both a mad king and psychotic lord, used her wits to basically put the fate of Petyr Baelish in her hands, and I mean, she did bag a Lannister at one point, which is braggable even if it's not entirely well-advised for one's safety. Sansa Stark's story began way back in the first episode of Game of Thrones and while we have seen her endure humiliation, rape, and nearly being thrown through the moon door, she's alive. After five seasons of her family dying off, and of so many other characters meeting their deaths, Sansa has survived. Which lends to my belief that there is much more to Sansa than being a damsel who got lucky a few times.

She may not have the cleavage of Margaery, the unabashed cruelty of Cersei, or the fighting skills of Arya, but Sansa is a feminist and one of the strongest female characters currently milling around the Seven Kingdoms. And as far back as Season One, she's proved that strength and feminism.