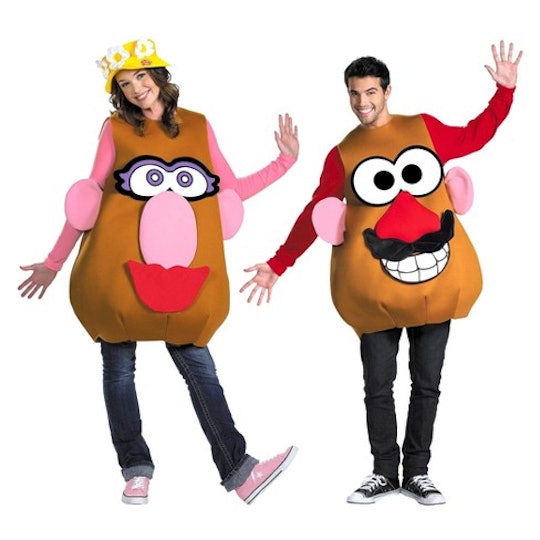 With Toy Story 4 having a worldwide opening of $260 million, it makes total sense that Toy Story costumes are in such high demand for Halloween right now. Whether you want to go classic Toy Story and dress as Woody or Buzz, or take a page from the latest installment and dress as Duke Caboom or even Forky, Amazon and Target definitely have all of your Toy Story faves.

Some other honorable mentions include Jessie, the new and improved Bo Peep, the alien from the claw booth, Mr. and Mrs. Potato Head, a green army man, an inflatable Rex, and even a Bunny Union costume complete with a Ducky. These would be perfect for a themed Halloween party or even as a family costume for trick-or-treating or hanging out candy. Obviously, Toy Story has been an incredibly successful and popular franchise ever since I was a kid and went to see the first Toy Story in theaters back in 1995. Most of these costumes are under $60, and I have a feeling they'll be timeless enough to be worn for many Halloweens to come — especially the adult-sized Woody, Buzz, and Bo Peep costumes.