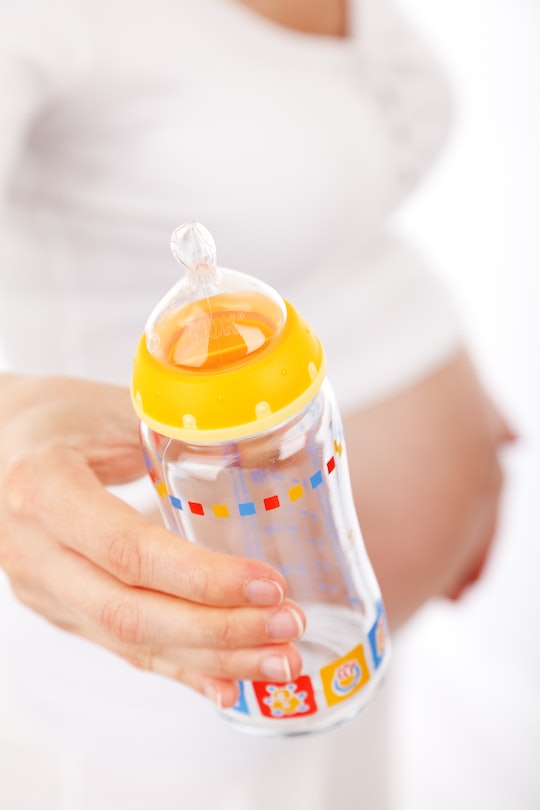 18 Women On Why Formula Feeding Their Baby Worked For Them

There are multiple reasons why the seemingly endless "mommy wars" exist and so many complicated parenting choices that mothers tend to bash other mothers for. I would argue, however, that how you choose or end up successfully feeding your baby is the most contentious mommy war subject around. While there's no denying that women are shamed for unapologetically breastfeeding (especially in public without a cover ) mothers are also judged for formula feeding their babies, too, sometimes regardless of the reasons why formula feeding worked for them. It seems like, as a mom, no matter what you do, someone is going to tell you that you're doing it wrong.

I, for one, was able to successfully breastfeed my son for seven months, but during that time and after I stopped breastfeeding him, I formula fed him, too. I received awkward, judgmental looks when I breastfed my kid in public, but I received just as many awkward, judgmental looks when I prepared a bottle for my son in public. I could feel other people's assumptions bombard me as I popped a bottle in my son's mouth, unable (and mostly unwilling) to take the time to adequately explain to people why I chose to formula feed my kid. It was exhausting; it made me feel like I was failing as a mother; it made me hesitant to leave the house because, honestly, being a mom is tiring enough without having to deal with people assuming you're bad at it or lazy or ill-equipped for the job.

Which is why the "breast is best" movement, while I believe pure in its intentions, is fundamentally flawed. Breastfeeding isn't always what's best for women, or their babies, and that's made very obvious by the bravery of the following 18 women, the stories they're willing to share and the reasons why formula feeding their babies worked for them.