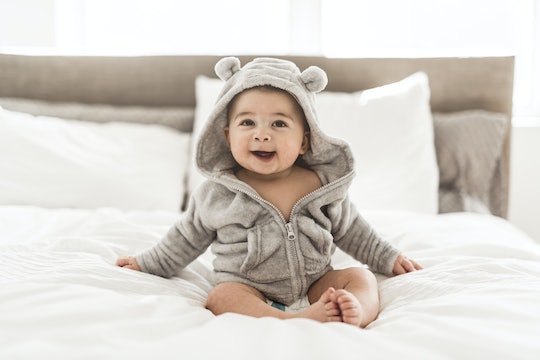 Since I grew up without one myself, you'd think that I would have been over-the-top creative when it came to giving my kids their middle names. True, the ones my hub and I chose are beautiful and go well with their first names, but we still went with two of the most popular middle names for children. My kids haven't raised any objections yet, but I'm still bracing myself for the day when they gripe, "Couldn't you have been just a little more original?"

Or maybe they never will. After all, certain names make such a perfect filler between first names and surnames that people take it for granted that new parents will pick from that list. What's really interesting is that most of these names have stood the test of generations. As reported by Cleveland TV station Fox8, the genealogy site MooseRoots researched the millions of middle names from the Social Security Death Index and put together a comprehensive list of the top 10 boys' and girls' middle names of the last 115 years. While some in-betweeners have seen a drop in popularity (Louise, Francis, and Irene were hot back in the early 1900s; not so much today), others are still as frequently used as they were in our great-grandparents' day.

As Time recently reported, the history of middle names goes back to ancient Rome, but the custom became increasingly popular starting in 13th-century Italy. Today, we use middle names to honor relatives, to give a nod to a second-choice name, or just because we like the way it sounds in the center. Take a look and see whether your own children's middle names are on this list. (Bet they are.)