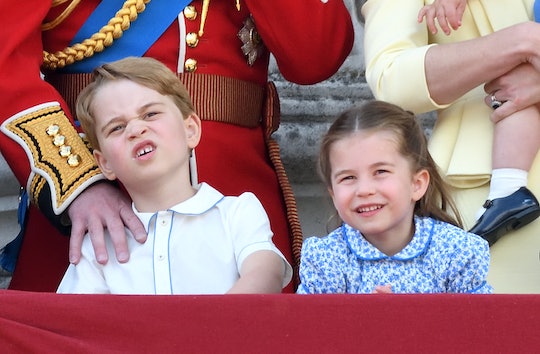 I am old enough to remember when Prince William and Prince Harry were pretty much the cutest thing about the royal family. Maybe it was their British accents that, let's face it, make them sound a bit more refined than kids on this side of the pond, but man were they charming. Not as charming as this next generation, though. Truly, Prince George and Princess Charlotte are the cutest royal duo, no offense to Prince William and Prince Harry but it's their own fault for growing up.

Prince George, who's now 6, and Princess Charlotte, 4 years old, are of course the oldest children of the Duke and Duchess of Cambridge. Now let me be clear here, I'm not saying their 1-year-old brother Prince Louis isn't adorable. And truth be told, I have high hopes for some sweet cousin moments in the future between Prince Louis and 6-month-old Archie, son of the Duke and Duchess of Sussex. But there is just something about Prince George and Princess Charlotte as a brother-sister team that is so magnetic. Maybe it's their outfits which tend to be a bit on the old-fashioned side or maybe it's their emerging personalities which seem so different from each other.

Whatever it is, the world cannot get enough of Prince George and Princess Charlotte. And here are 20 times they proved just that.