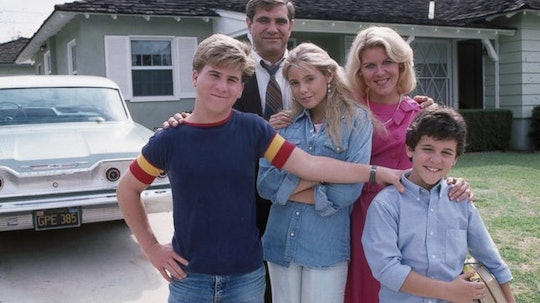 Maybe it’s all of those ultra '80s Stranger Things trailers that have come out recently, but I have been itching for some '80s nostalgia in the form of TV shows. Or, more specifically, family sitcoms that were kind of everything back in the day. Some of them stayed in the decade while others melted into the '90s, but in both cases, they sort of paved the way for some of the great TV we have today. And there are a ton of family shows from the '80s that need a comeback like right now. They could get a total revival like Fuller House or even a one-off episode to show fans where all of their favorite characters from shows like Family Matters would be now.

But I think we are all in need of some '80s family sitcom revivals. They were the ultimate after school TV and, in some cases later on down the line, made up our Friday nights thanks to T.G.I.F. Even if you were a toddler for the better part of the '80s, chances are, you can still totally appreciate the value in seeing Who’s the Boss? or Family Ties in present day form. There’s nothing wrong with today’s family shows and I’m guilty of eating those up too. But sometimes you just can't beat the nostalgia of these classic '80s family shows.