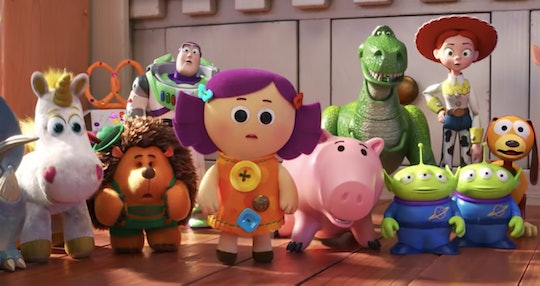 Because there are 24 years between the releases of the first Toy Story movie (which was the first Pixar movie ever made) and the fourth, there are Woody and Buzz enthusiasts of all ages. Lucky fans, especially those who are just beginning to dip their toes in the Toy Story pond thanks to the release of the latest movie earlier this year, will love unwrapping Toy Story gifts this holiday season. And since there are fresh characters introduced with each film, there are new toys for even the most seasoned fans to collect, whether they're 13 or 30.

Toy Story is a movie about, well, toys, so it makes sense that there are a ton of fun options inspired by the film to choose from IRL. In addition to the classic figurines and plush dolls, there are Toy Story-inspired games like UNO, costumes, puzzles, LEGOs, and more. It doesn’t matter if your little one is team Woody, Jessie or even Slinky Dog (who’s under-appreciated in my opinion). There’s a perfect Toy Story gift at the right price point for every little on your list who just so happens to have a snake in their boot or, more realistically, in their Buzz Lightyear Croc.