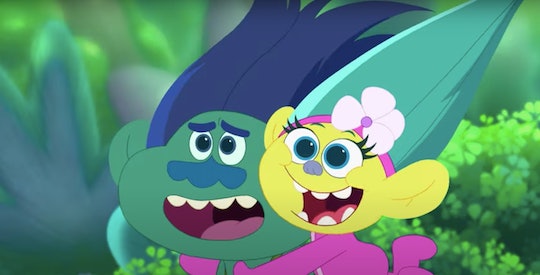 'Trolls: The Beat Goes On!' & 21 More Kids Shows On Netflix Your Little One Will Love

Although Netflix is typically on top of its game in adding new content daily, sometimes you might hit a lull in your favorite TV shows. Or, more specifically, your kids might suddenly grow bored after watching Boss Baby: Back in Business for the upteenth time. Sometimes the trick is something simple like watching the shows with your kids to give them a renewed interest. And there are at least 22 kids shows on Netflix that you and your family can watch together.

That’s a lot of Netflix to cover, but sometimes, it’s a nice break from the hustle and bustle of being a busy parent. Personally, I am guilty of sometimes relying on Netflix or my son’s iPad to keep him occupied while I get a few moments of peace after a long day of being on the move nonstop. Instead of sending him off to the living room with Netflix while I bury my face in my phone to unwind, however, it’s always nice to marathon watch some of his favorite Netflix kids shows together.

Not only does it give me the chance to see what weird new cartoons are suddenly of interest to him, but it gives us something to bond over. I’d be lying if I said we don't randomly quote Cupcake and Dino: General Services to each other as an inside joke. And if I may say so myself, it's kind of adorable.

There are kids shows on Netflix that are appropriate for all ages that you and your family can bond over right now. So whether you have a bunch of toddlers running around or your kid is verging on those awkward teen years, Netflix is here to bring you together.

This article was originally published on April 30, 2019